Nizari Ismailism spread on the Indian subcontinent beginning around the 11th century, although the earliest phase of Nizari activities in the subcontinent remain obscure due to the lack of reliable sources. The earliest representatives, or pirs, sent by Imams residing in Persia (modern-day Iran) initially concentrated their efforts in Sind.

To convey the teachings of the Qur’an and the esoteric Ismaili interpretation to non-Arabic speaking peoples, the pirs composed ginans in various local languages of Sind, Panjab, and Gujarat from the 13th to the 19th centuries. During this time in the subcontinent, the written literary tradition was flourishing with well-known figures such as Narasimha Maeta (15th century), Mirabai (1498-1557), and Narhari (17th century), Kabir (1440-1518), and Guru Nanak (1469-1539). Composition of devotional and mystical poetry among Muslims, especially the Sufis, was also developing at this time.

Based on the ginanic literature, Pir Satgur Nur was the earliest pir sent to the subcontinent, where the specific form of the Nizari Ismaili interpretation of Islam came to be known by the translation of the Qur’anic term sirat al-mustaqim, rendered as Satpanth, (sat panth, ‘true path’). Pir Satgur Nur’s mausoleum at Navsari near Surat in India indicates that he died in 1094.

Pir Satgur Nur was followed by Pir Shams al-Din, who was active during the mid-14th century, mainly in Uchchh and Multan in the province of Sind. Very popular in the Gujarati folk life was the garbi, a folk dance, with the word applied to the song as well as the singing party itself. The individuals move around in a circle and sing to the accompaniment of a rhythmical clap of hands and feet. Pir Shams, who is said to have joined in the dancing during the Hindu festival of Navratri, substituted his own words for theirs, thus teaching them the esoteric Ismaili interpretation of Islam. Pir Shams composed 28 garbis (listen to a garbi titled Evi garbi sampuran saar).

His work was continued by his son Nasir al-Din and grandson Shihab (or Sahib al-Din). Sources indicate that these two pirs conducted their activities in secrecy, therefore, not much is known about them.

Pir Shihab al-Din was succeeded by his son Pir Sadr al-Din. By this time in the post-Alamut period, the pirs had acquired a degree of autonomy and had also established a hereditary dynasty, perhaps because Imams were required to live in secrecy after the fall of Alamut in 1256. In order to avoid persecution, Imams remained in hiding and inaccessible to the community for about two centuries. The Ismailis, who scattered all over Persia, Syria, Central and South Asia, developed independently and generally in isolation from one another. The community practised taqiyya (concealment) under the cloak of Sufism without establishing formal affiliations with any particular Sufi orders, or tariqahs, that were spreading at the time.

Pir Sadr al-Din, who worked during the time of Imam Islam Shah (r.1369/70 to 1425/26), is credited with authoring the largest number of ginans and played a key role in spreading the da’wa in the Indian subcontinent. He converted large numbers of Hindus from the Lohana trading caste and gave them the name khwaja derived from the Persian khwaja meaning master, corresponding to the Hindu term thakur by which the Lohanas were addressed.

Although Pir Sadr al-Din extended the da’wa activities to Gujarat, the centre of his activities remained in Uchchh, where he conducted the activities more openly. He is reported to have died between 1369 and 1416. His mausoleum lies in Jetpur, near Uchchh, to the south of Multan. Pir Sadr al-Din was succeeded by eldest son Hasan Kabir al-Din (d. ca 1470); his mausoleum outside Uchchh is locally known as Hasan Darya.

After Pir Hasan Kabir al-Din, the community began to experience internal dissensions after the appointment of his son Taj al-Din as his successor by the Imam. Thereafter, Imams did not appoint pirs, but sent a book of guidance, which occupies the twenty-sixth place in the traditional list of pirs. This book, the Pandiyat-i javanmardi contained the guidance from Imam al-Mustansir billah II, appears to have reached Sind around the mid-16th century.

Some manuscripts indicate that Pir Dadu was appointed by Imam Abu Dharr Ali and sent to Sind to stop the conversion of Ismailis to Sunnism and to settle the unrest occurring in the region. Subsequently, the work of the da’wa continued locally by a line of Sayyids, generally regarded as the descendants of Pir Hasan Kabir al-Din.

Imam-Begum, the last in the line of the Sayyids who composed ginans, and the only known female composer, spent most of her life in or near Bombay (now Mumbai), but is believed to have died in Karachi sometime during the late 19th or early 20th century although very little is know about her life. Imam-Begum was an accomplished player of the fiddle (sarangi) and sang her compositions to the accompaniment of this instrument.

Satpanth Ismailism drew on concepts and motifs prevalent in the subcontinent, representing a complex form of concealment and adaptation to the cultural, social, and political aspects of the region, and the reason why Satpanth tradition of the Nizari Khojas differs significantly from that of Nizari traditions elaborated in Central Asia, Persia, and Syria. 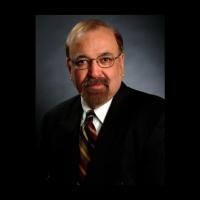 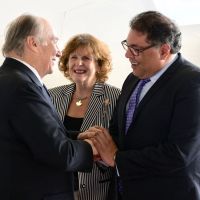 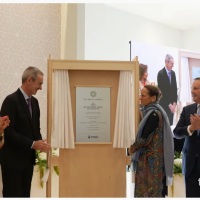