Gujarati Yatra (Gujarati journey) an exhibition that captures the essence of a journey on the Indian Ocean that has been taking place for over a thousand years, opened in the Museum of Croydon in London, England in November 2017 and was attended by over 450 people. Presiding over its inauguration were two prominent Indians, Jaffer Kapasi OBE, originally from Masindi in Uganda, honoured for his outstanding services to the United Kingdom in the field of commerce, and Lord Jitesh Gadhia, an investment banker and a member of the House of Lords. In an eloquent speech, Lord Gadhia spoke of the historical contribution made by Gujaratis in various fields of endeavour highlighting their commercial acumen, industriousness and unbounded resilience. He also spoke of their present contribution to global commerce.

Gujarat state, which includes the Kathiawar Peninsula in the West coast of India, is the ancestral home of Mohandas Karamchand Gandhi, Mohamedali Jinnah and Sardar Valabhbhai Patel, leading protagonists of the struggle for freedom in the Indian subcontinent. Gujarat has also produced other outstanding leaders in various fields such as JND Tata, the well known philanthropist and champion of Indian industry, Vikram Sarabhai, the father of India’s space program, Dadabhai Naoroji, the first Indian to be elected to the UK Parliament, and Dr Homi Jehangir Bhaba known for having ushered India “from the abacus to the computer age”.

Modern day scions of Gujarat include Dhirubhai Ambani, the founder of Reliance Industries a leading Indian multinational and Dimple Kapadia, well known Bollywood actress. Overseas Indians of Gujarati origin include the Madhvanis and Mehtas originally of Uganda and historic figures of East Africa such as Alidina Visram known for his venturing into the interior of East Africa for trade in the late 19th century, and Sir Tharia Topan of Zanzibar, mentioned in colonial dispatches of the time for his services to the British Crown and his contribution to philanthropic causes in Zanzibar.

The exhibition Gujarati Yatra is a brainchild of two diasporic individuals: Kenyan – born Lata Desai , a hematologist who came to Britain at the age of 23 and now works at the Royal Marsden Hospital in Sutton, and Rolf Killius, a German-born curator married to an Indian artist of Bengali background. This exhibition traces the journey of those propelled by the monsoon winds that brought the influence of Greater India to the lands of the Indian Ocean littoral for over a millennium. When asked why the exhibition was held in Croydon, Lata Desai explained that Addiscombe in Croydon was the centre where the East India Company trained soldiers to send out to India in the early centuries of the Company’s operation. The Company built its first factory in Surat in Gujarat as early as 1612 and textiles were a prominent component in its commercial activities.

The soldiers first studied Gujarati and Hindi in Croydon and then were sent out to India where they were mostly stationed in Bombay. Their letters home described in detail their life in India. “I made a study of their letters, cards and memorabilia and was fascinated by what I saw” said Desai. It was fortuitous that Subrang Arts (a community group in Croydon whose Chairperson is Lata Desai) received a grant from the Heritage Lottery Fund (HLF) to undertake this exhibition. Museum of Croydon collaborated with Subrang Arts and gave their space for the exhibition. In return Subrang Arts digitized their archives as an educational component for the benefit of the local population. According to Desai “Everything fell nicely into place and the Museum of Croydon made special concessions to us because they saw great value in this endeavour”. She emphasized that there were many Indians, mainly Gujaratis, within the catchment area of the Museum.

The exhibition encompasses a number of items starting with a collection of colourful saris at the entrance. A choice of 10 saris from different areas of Gujarat gives a good flavour of the sartorial diversity which makes up the Gujarati feminine firmament. These include a tie and dye (bandhani) sari from Kutch, a silk sari from Surat, a sari from Patan and others worn on occasions such as weddings, baptisms and funerals. “Each sari is from a local resident of the area and every sari comes with its own story. Each sari thus has its own personality” Desai explained.

Textiles feature very prominently in the historical relationship between India and Great Britain and formed a hugely important part of the trade carried out by the East India Company. In her research on textiles, Desai learned how cotton was cultivated in Kutch and how dyes were produced in places like Bharuch. Interestingly, the influence of tie and dye permeated the production of kanga cloth in East Africa. One exhibit provided by Shariffa Keshavjee of Kenya of a kanga cloth she used when dying her hair, mirrors the pattern of a bandhani cloth from India. The patterns have an uncanny resemblance to each other and the textile which was machine-produced in Mombasa has a similar pattern to a handmade tie and dye textile from Gujarat. The kanga cloth from Mombasa has Swahili sayings printed on it.

The first floor brings us to a small exhibition room where on the left hand side is a pile of empty cardboard boxes one on top of the other. Each box has a label in front of it mentioning a theme that emerged from the series of interviews conducted by the curators over a period of time. “Each box is an entry point into the story” explained Killius. “We did not come with a preconceived notion about what the exhibition should be but allowed the curation to take place as each interview unfolded”. Each box with its label is a portal to one part of the journey and the labels indicate themes ranging from indentured labour and petty trading to the Satyagraha Movement of Mohandas Karamchand Gandhi and the 1968 Commonwealth Immigrants Act.

The exhibition revolves largely around 20 videoed interviews conducted over a period of time. “We wanted to show the diversity of cultures, faiths and ethnicities which make up Gujarat which is not a monolith”, explained Desai. “Gujarat is an area that is home to Hindus and Muslims (Shia and Sunni), Patels, Shahs, Parsis, Jains, Swaminarayans and others. We wanted to capture this range through interviews conducted with a number of different people such as lawyers, doctors, bankers, business people, academics and homemakers. In one case we also interviewed a bus driver”. These interviews play on small television screens which can be activated as a visitor moves around the exhibition. Each screen is juxtaposed with a small glass case in which an object is placed from that interviewee.

Every object has had its own journey. Hence, it is referred to as a “travelling object”. These range from promissory notes and a 1 shilling East African colonial currency note where the writing is in Arabic, English and Gujarati, to little amulets, original photographs and a thalo (tray) from South Africa which was one of a series of seven that Mrs Manjee Keshavjee brought back from Rajkot in Gujarat in 1923 when she travelled to India to get her two sons married at the time of the visit of His Highness Sir Sultan Mahomed Shah Aga Khan to Rajkot. Other objects in the exhibition include a pestle and mortar and a ghanti or chakki (a stone hand grinder for wheat). Some Gujarati immigrants also brought with them to the UK a traditional jiko (charcoal stove) when they left East Africa.

Asked why the East African migrants brought with them such heavy items, the curators explained that when people migrate they want to take with them that one object that will help them connect to their past while they navigate an uncertain future. “Some people held on to these objects and had them in their garages and their garden sheds and used these for barbecues”, said Desai. “As far as the jiko was concerned, many may have wondered whether they would be able to cook the same type of food overseas and therefore brought them along just in case ”.

Referring to the long- term impact of the exhibition, Killius pointed out that there is a strong educational component in that the exhibition will be going online and each of the boxes constitutes a link to other links, so that students can construct their own research online based on what the exhibition aims to convey. “The full interviews will all be online (www.gujaratiyatra.com) by the end of April 2018. We have far too much information to put into one exhibition but given modern technology, we will be able to put this to greater educational use for schools and other educational institutions”

The entire Museum space has been optimally used and even the coffee shop on the ground floor is festooned with pieces of embroidery. Much of this was produced by the local Gujarati community in the Croydon area and showcases the various stitches used in Gujarat for centuries such as the mirror work in Gujarati textiles known as abhla, the chain stitch known as sakri and the bavadio which is a stitch in the shape of the branches of a tree. Specialist embroidery experts were requisitioned to train local women through workshops to recapture a skill that is fast disappearing. This was also a very good way of involving the larger community with the exhibition. With a large volume of people passing through the coffee shop each day, this aspect of Gujarati handicraft is now being noticed by the general public. A national radio station, Leading Britain’s Conversation (LBC), even mentioned the embroideries to be seen in the Museum coffee shop.

The exhibition is also accompanied by a series of lectures by leading experts on Gujarati culture. The season of events includes dances from various parts of Gujarat with which the exhibition opened, family day where children were taught art, storytelling, clay pot painting and henna painting as well as lectures by scholars such as Judy Aldrick, who spoke about kangas, plates and the doors of Zanzibar. Other speakers have included Professor Avalon Fotheringham, head of textiles at the Victoria and Albert Museum and Anne Morrell, a scholar on textiles and embroidery with the Calico Museum in Ahmedabad and Dr. Eiluned Edwards (Reader in Global cultures of textiles and dress at Nottingham Trent University.

This exhibition which offers an educational kit for schools has been put together with great thought and understanding. The passion and enthusiasm of the curators is apparent in every little detail. One can only imagine what they could do with all the available materials in a much larger space.

No doubt, small as Gujarati Yatra is in scale, it is large in potential, particularly the way in which the exhibition has been put together capturing the diversity of the area and the plurality of expressions. The exhibition encompasses a wide range of objects with accompanying narratives. Above all, the exhibition includes a strong educational component that contributes to greater cultural literacy in today’s Brexit Britain where xenophobic tendencies are beginning to manifest themselves. More than this, the exhibition serves to give diasporic Indians, Gujaratis included, a sense of their cultural heritage and their recent history which many are now beginning to forget. While Desai lamented this phenomenon, Killius stressed the need to meet the younger generation on their own terms: “art, music and storytelling appeal to the youth of today and if we give them their history in this form, they will be able to re-tell it even better in their own way”, he said with a huge smile on his face.

Mohamed Keshavjee is a specialist in cross cultural mediation and author of the book “Diasporic Distractions” a collection of short stories which is to be launched in Canada in May 2018.

Exhibition Gujarati Yatra at Museum of Croydon is running until 14th April 2018. Click here to visit the website for visiting hours and details. 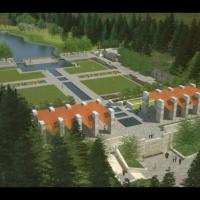