There are many similarities between Dubai and Istanbul.  English is spoken in both of these cities along with their national language.  Turkish in Istanbul and Arabic in Dubai.  Istanbul and Dubai both have some percentage of local people and there are a lot of foreigners in both the cities.  These cities are located on the coast and are quite safe.  Istanbul and Dubai are quite big and diverse cities.  These things that appear similar are actually quite different.

The above mentioned facts are quite different as well.  English is more prominently spoken in Dubai than in Istanbul.  Dubai has 15% Emiratis, the local people of Dubai, and 85% foreigners.  The Emiratis are provided with free education, housing, medical, and also get financial support from the government each month.  There is a lesser proportion of foreigners in Istanbul.  Dubai is safer than Istanbul, the crime rate of Dubai is zero.  This is due to the strong security systems in both the cities.  Dubai is the fourth largest city in the world by area, while Istanbul is the eighth largest city in the world by area.  Dubai might be the most diverse city in the world.  People from Dubai, Iran, Saudi Arabia, Yemen, Oman, Pakistan, Bangladesh, India, Canada, the United States, the United Kingdom, Tajikistan, Syria, Lebanon, Jordan, and Palestine among many other countries are all found in Dubai.  While Istanbul is not as diverse.  Even though these cities are located on the coast, they have different geographical features.

There are many beautiful tourist attractions in Dubai and Istanbul.  The sites in Dubai are not more than 30 years old while the sites in Istanbul are centuries old.  Istanbul has the Blue Mosque and the Sulaimaniye Mosque.   If you go to Istanbul you must see the very old Grand Bazaar with more than 3,000 shops.  The bazaar is greatly populated and smells like the tasty spices as well as the fruits or vegetables.  There is a lot to see in Dubai.  The Burj Khalifa and Burj-ul-Arab can be seen from everywhere as they are quite tall.  Burj-ul-Arab is a hotel shaped like a sail.  Dubai Mall is the world’s biggest shopping centre with more than 1,200 stores.  It has a world class aquarium inside and it is full of different kinds of sea creatures.  Outside of the mall, lay the beautiful dancing fountains that dance to the beats of the music.  There is also The Mall of Emirates and the Jumeirah Beach to see.  As the Dubai is home to many manmade islands including the palm.  Burj-ul-Arab is located on the palm and is a 7-star hotel.  The Dubai mall and the Grand Bazaar are both shopping centers in their unique ways.   This is the major difference between Istanbul and Dubai.  The Dubai Mall shows how rich Dubai while the Grand Bazaar shows how historic Istanbul is.

Istanbul and Dubai achieved well enough in history to be this popular today.  Istanbul had been the capital of three empires previously: Roman, Byzantine, and, Ottoman.  During this time it had three different names; Byzantium, Constantinople, and Istanbul.  Many of the sites in Istanbul were first built during the ancient times. Istanbul is a city with a great history of trade.  Istanbul used to be one of the main cities for the Silk Road during the old times.  Dubai claims to be the fastest growing city in the world now but it was not more than a small fishing town less than fifty years ago, which it represents in the Burj-ul-Arab in the sail shape.  Istanbul was a city of major trade and was a trading centre. Dubai is a big and rich city today. Dubai doesn’t have a big history as Istanbul does.  Dubai had only one building over 148 meters and 39-storeys high in 1991 and now it has more than 400 skyscrapers.

Dubai and Istanbul are great cities to visit.  I feel lucky to have visited these cities and have seen these wondrous sites.  Dubai and Istanbul are very similar and different in a lot of ways.  Although they are both predominantly Muslim cities with large populations and important status in the world, Dubai doesn’t have a long history while Istanbul is a very historic place.

Tabreek is currently studying in grade 8 at the Aga Khan Academy, Mombasa. She has published a number of poems and stories/narratives in “KidsWWwrite”, which is an online anthology for young writers and readers established in 2001 by the Department of English at Okanagan College, Canada (ISSN 1703-3020). Her narratives have also featured in the QSI’s weekly newsletter. Her art works and poems have been published in the “Young World”, which is children’s weekly magazine in Daily Dawn and her art pieces have been published in “artSonia” Museum – the largest online artwork collection for children. 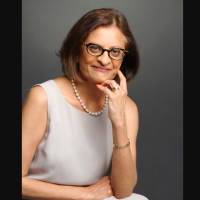 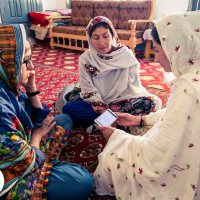