Timbuktu, in Mali, West Africa, was founded around 1100 CE as a camp due to its proximity to the Niger River. Caravans brought salt from mines to trade for gold and slaves, which were brought along the river from the south. In 1312, Mansa Moussa, the most legendary of the Malian kings, came to the throne. Under Moussa’s reign, the city of Timbuktu grew in wealth and prestige, and became one of the major cultural centres of Africa as well as the entire medieval Muslim world. Moussa commissioned the construction of his royal palace and a great mosque, the Djingarey Ber Mosque, ‘the Great Mosque,’ which still stands today. Timbuktu’s oldest monument and its major landmark, the Mosque was restored by the Aga Khan Trust for Culture in 2000.

Perhaps the most precious legacy of Timbuktu is the surviving manuscripts from its ancient libraries. This collection at the University of Sankore, which was established in 1581, attests to the magnificence of the institution and the achievements of scholars who studied and taught there. The libraries of Timbuktu grew through a process of hand-copying: scholars requested that learned travellers permit their books to be copied, and students hand-copied texts borrowed from their mentors’
collections, studying the material as they reproduced it.

“Today, I feel honoured and proud to belong to this town which has made a lasting contribution to the enrichment of Islam and world civilisation, not only through its scholarship but also in its role as a crossroads where rich cultural and commercial exchanges between Africa, Europe and Asia which have taken place.

I am also very happy to accept the degree of Doctor Honoris Causa from the prestigious University of Sankoré, the African continent’s most ancient higher education institution. Like Djingareyber and Sidi Yahya, this university has been the alma mater of the town’s 180 Qu’ranic schools and the birthplace of the many scholarly works which became uniquely influential in Africa during the Middle Ages. The sum of all that knowledge has been preserved in the richly-stocked libraries of Timbuktu which house thousands of manuscripts, most of them written by scholars born in the town. This tradition of learning and the transmission of knowledge is at the heart of Islam and the practice of the faith.” 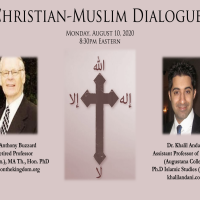 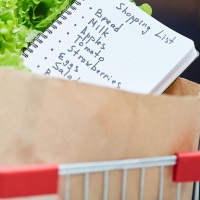