Another excellent opinion piece on Imam, his work, and the community

AS MUSLIM TEENAGERS growing up in Nairobi in the 1950s, the thing that interested us most about the Ismaili community was that some of its girls were available for discreet dates. Our girls were forbidden to do so.

There were other differences. Their girls wore skirts and blouses rather than the “modest” Muslim clothing. Their weekly service in the “jamat khana” took place on Friday evening, while our prayers in the mosque were at noon. Ismailis also seemed rather clannish, so in all, we didn’t believe them to be real Muslims.

We were, of course, completely wrong. Basheer Mauladad, a leading Kenyan Muslim who as a young man in 1955 met the-then Aga Khan, Sir Sultan Mohammed Shah, at his London Jubilee Ball in July 1955, remembers being moved by his love for Islam – and for Africa. He still has his autographed inscription from that day: “Don’t ever forget the progress of African Muslims.”

As for Ismaili girls, it is not surprising that they were so progressive so early. Sir Sultan was so committed to educating them that he told parents that their education took precedence over their sons’, since educated mothers were more beneficial to their families.

WHEN IN 1945 HE MET THE 15-year-old Malek, wife subsequently of Kurban Bhaloo, the community’s leader in the 1980s and 1990s, Sir Sultan asked his secretary to ensure she would be able to pursue her dream of becoming a doctor.

So the seeds of dynamism that mark the Ismaili community’s contemporary work were laid a long time ago. But it is the extraordinary leadership of Sir Sultan’s grandson, Karim, who inherited the mantle 50 years ago at the age of only 20, which is responsible for the community’s nationalistic commitment, and the modernisation and professionalism of its orientation and institutions.

The result has been the community’s stunning success in economic and social achievements in Kenya, while at the same time providing a secure safety net for vulnerable Ismailis against poverty and social exclusion.

The key to this success has of course been the visionary leadership of the Aga Khan, accompanied by his ability to master the workings of the array of institutional operations.

Mr Mauladad, who developed a close relationship with the Aga Khan when serving him on boards and as chairman of committees between 1967 and 1994, recalls how at a board meeting, His Highness examined a major document produced by an eminent Ismaili.

“He picked up weaknesses and contradictions in the proposal that had eluded others,” recounted Mr Mauladad. “The mortified author immediately said it would be redone. Such candidness made all his officials know that they always had to give of their best.”

Leaders, of course, achieve only what their followers deliver. And the Ismaili community in Kenya has certainly delivered through successfully implementing programmes for improving living conditions and opportunities in key areas of national economic, social and cultural life, through institutions overseen at country level by the Aga Khan Development Network (AKDN).

A big chunk of our current national leadership has benefited from Aga Khan schools, hospitals and other training institutions, and virtually all the beneficiaries of capacity- building efforts funded by the Aga Khan Foundation in education, health, rural development and civil society organisations, are all non-Ismaili.

And there are also the economic enterprises that the community launched – the Nation and Serena groups, Jubilee Insurance and Diamond Trust financial institutions – that are major players in key sectors of the economy.

“He has instilled in us the spirit of voluntary giving, which is a resonant tradition in Islamic teaching,” says Yusuf Keshavjee, who headed the Aga Khan Foundation during most of the last decade and is the first trustee from Africa on the international board of the Aga Khan University. “Its so encouraging seeing that even our youngsters who have trained and are settled abroad return to contribute to the nations in which they grew up.”

One of those who has just returned from abroad to give back to the country – without a salary – is Aziz Bhaloo, the new AKDN head. Mr Bhaloo is working day and night co-ordinating the frenetic preparations by 400 primarily young Ismaili volunteers to ensure every aspect of the Aga Khan’s four-day visit from Sunday proceeds without a hitch.

MR BHALOO’S IMMEDIATE predecessor, Anil Ishani, who ran AKDN for nine years, said that the commitment to be loyal to the nation in which one lives is a core precept of Islam and is one of the Aga Khan’s primary teachings.

The place of Islam in global life has been a central preoccupation of the Aga Khan. He is one of the world’s best-known champions of Islam’s core beliefs of peace, compassion and tolerance, as well as of its ecumenical orientation, all of which he sees captured in Islamic architecture, one of his great passions. His other great love is education, and he will announce new programmes next week.

There are, of course, the inevitable bad eggs in the community, and a few of the educational and hospital services, including nursing, are creaking a bit now. But I was impressed to find that everyone I talked to was aware of the weaknesses and working to address them. 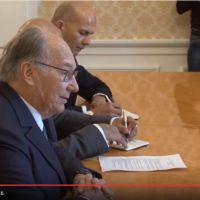 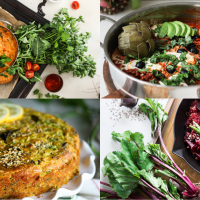 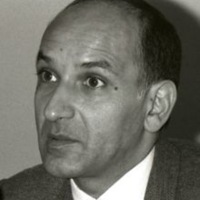 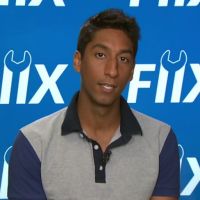