Nomsa Maseko, BBC News
A virtual gallery to showcase Mali’s cultural history has been launched, featuring tens of thousands of Timbuktu’s ancient manuscripts. The manuscripts were smuggled to safety from Timbuktu after Islamist militant groups took control of the city in northern Mali in 2012. They contain centuries of African knowledge and scholarship on topics ranging from maths to astrological charts.

“Central to the heritage of Mali, they represent the long legacy of written knowledge and academic excellence in Africa,” said Dr Abdel Kader Haidara, a librarian known for smuggling the manuscripts out of Timbuktu, who was also involved in the project.

The collection, called Mali Magic, also captures Malian culture beyond the manuscripts. It was put together by Google, along with local and international partners.

It features a picture of the dance of the Dogon ethnic group. It also showcases art, such as that of award-winning Abdoulaye Konaté, and an image of builders plastering the Great Mosque of Djenné, a UNESCO World Heritage site about 500km (310 miles) south of Timbuktu.

The ancient documents were originally written in medieval Arabic but have now been translated to English, French, Spanish and modern Arabic to make them more accessible, which Google Program Manager and Digital Archaeologist Chance Coughenour told the BBC was a first.

“Making a digital record and copy of the manuscripts is very important and for the first time we’re bringing the fruits of our labour after so many years,” he said.

For centuries Timbuktu was a cultural hub on the African continent, as well as an Islamic centre of learning. The city’s mosques played a critical role in the spread of Islam throughout West Africa in the 15th and 16th Centuries, according to UNESCO.
More at BBC News

Aga Khan Development Network (AKDN) in Mali
In 2004 His Highness the Aga Khan signed an agreement under which the AKDN launched new initiatives in the country. The agreement was signed by the Aga Khan and President Amadou Toumani Toure. Initiatives included the restoration of the Mosque of Komoguel, which was at risk of collapse, and the creation of the National Park of Mali in the capital, Bamako.

In Timbuktu, His Highness also had an opportunity to view the manuscript collection at the Ahmed Baba Centre and to observe the process of digitising these valuable treasures.

Examining manuscripts dating back to the 13th century at the Ahmed Baba Centre, the Aga Khan recalled that visiting scholars from Timbuktu are reported to have lectured at Al Azhar in Egypt, the university founded by the Aga Khan’s ancestor, the Caliph-Imam al-Muizz and one of the most eminent institutions of learning of the day (AKDN Press Release). 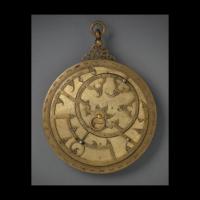 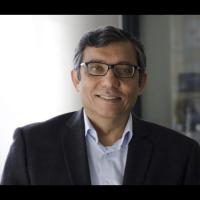 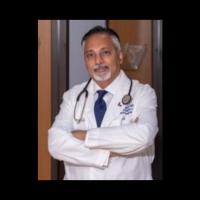