Alikhan Muradali Alibhai Hasham [Jeraj], a well-known Tanga, Tanzania boy, was born in 1950 at the Jeraj residence on School Street, opposite New Hotel. He was the youngest of the Muradali brood of three sisters and two brothers.

Grandfather (biological) Kassamali and grandfather (adoptive) Alibhai had migrated from Cutch province of India to Zanzibar towards the end of the 19th century, Alibhai later settling in Tanga (by way of Pangani, a port at the mouth of the long Pangani River, some 50 kilometres south of Tanga), where he served as the first president of the local Ismaili Council and later as the Mukhi in 1919.

Alikhan’s mum, Dolatkhanu (nee Vali Jamal of the well-known family in Mombasa, some 200 kilometres north of Tanga, in Kenya), taught us toddlers at the Aga Khan Nursery School. All her daughters – Roshan, Gulzar and Khatun – went on to teach! On the male side, the common thread was music, as in playing the harmonium (Alikhan’s dad Muradbha), the accordion (brother Ami), percussions (Alikhan) and – singing (Alikhan; below is a precious photo of a 10 year old Alikhan leading his class in Stuti, a praise-hymn). Alikhan’s other passions were tennis, cross-country running and later, golf. 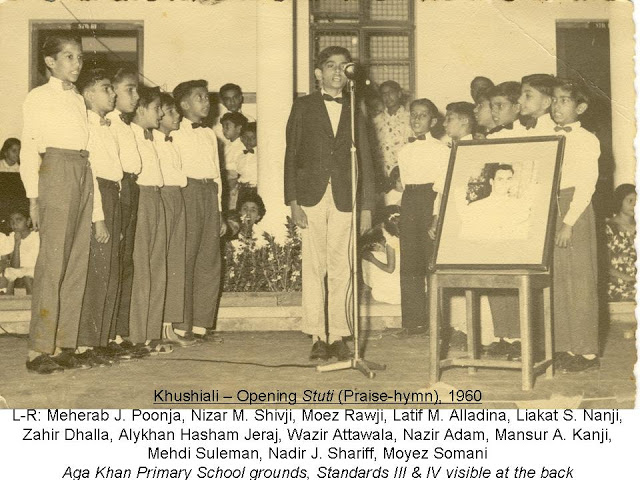 Alikhan did all his schooling up to the end of high school in Tanga, earning very good grades which got him admission to the University of Nairobi, Kenya, in its surveying and mapping program, a field that he became very good in, becoming an Alberta Land Surveyor, a lifetime career. And it was at university that he met his future wife, Naznin Damji of Dar es Salaam, an architecture student.

Alikhan was a likeable lad of Tanga. He was tall, at 6 feet, the tallest in the class (along with Meherab, as seen in the above photo), yet gentle, but determined. [This determination was well-captured in an essay, titled “Determination” about a runner determined to pursue long distance running, which he wrote for a competition in which he was declared the overall winner!]

Throughout his life, he served his Ismaili community, in a variety of ways e.g. as a bus driver of our JK’s Volkswagen Kombi at the University of Nairobi, shuttling us students to Majlises at Darkhana, Parklands, Pangani and Eastleigh JKs. The culmination of his lifelong service was his appointment as Mukhi of Edmonton West JK.

Alikhan’s beaming smile [see Alikhan’s FaceBook Page] will always be with all those who got to know him.

RIP, friend. You will never be forgotten. 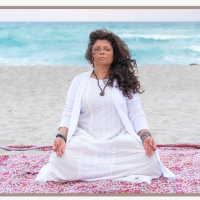 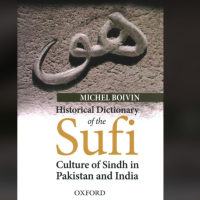 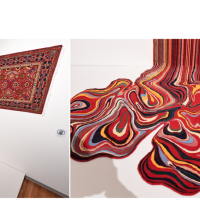 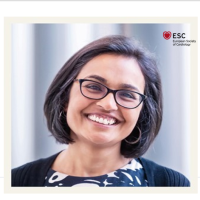 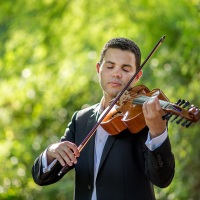 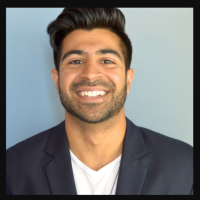 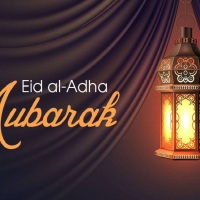