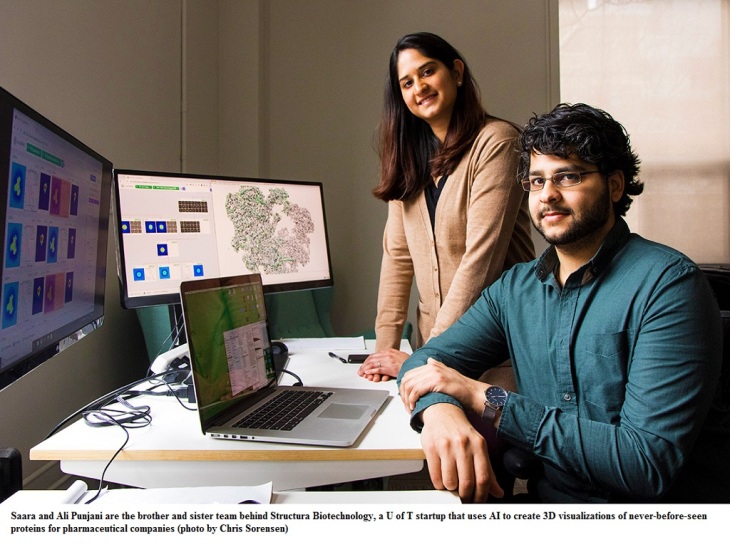 It was a little over two years ago when Saara Punjani and her brother, Ali Punjani, made their first sale to a multinational drug company from a “random meeting room” at the University of Toronto’s Bahen Centre.

At the time, Structura Biotechnology was barely even a startup. But what the Punjanis lacked in airy office space and slick marketing materials, they more than made up for in potentially transformative technology that could help find drug treatments for ailments that range from Alzheimer’s to cancer.

Their startup’s software, based on Ali’s research and designed by Suhail Dawood, uses artificial intelligence, or AI, to render 3D visualizations of proteins in the human body. Each one is carefully assembled from millions of images captured through a relatively new, Nobel Prize-winning technology known as cryo-electron microscopy, or cryo-EM for short.

In essence, Structura is billing its tool as cryo-EM’s killer app – one that will allow pharmaceutical companies to fully realize its drug-discovery potential.

“Proteins make every process in your body happen, and drugs are these small molecules that have to bind to proteins,” says Ali, who is currently working on a PhD in the University of Toronto’s department of computer science.

“But if you can’t see the protein, then drug discovery is like solving a puzzle with a blindfold on.” 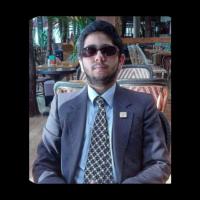 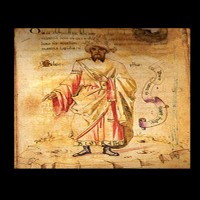 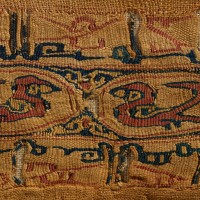