On the margins of a 13th-century manuscript written by Holy Roman Emperor Frederick II, are more than 900 illustrations of birds and falconers. Among the usual hawks, herons, and sparrows familiar to European readers are four sketches of a bird from further afield – an Australasian cockatoo.

The images are believed to be the oldest European depiction of the bird, trumping a similar discovery in a 15th-century artwork, and have sparked a reassessment of trading routes that existed more than 700 years ago.

More at the source: https://www.theguardian.com/world/2018/jun/26/images-of-cockatoo-on-13-century-vatican-manuscript-inspire-trade-route-rethink 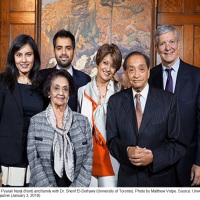