Earlier in Paris, on July 21st 2015 and ahead of COP21, with the growing urgency to care for our planet,  “Summit of Conscience for the Climate” was held.

The aim was to organize, well before COP21, a meeting of major religious and moral figures – Nobel Peace Prize Laureates, personalities involved in humanitarian action.

AKDN, was represented by Professor Abdou Filaly-Ansary, Director of the Institute for the Study of Muslims Civilisations at the Aga Khan University.

The objective was to encourage the emergence of a “Narrative of the Consciences”, that would complement the words from scientists, business leader, politicians, who all play their own role, providing their expertise.

More than an additional statement, the call  announced on July 21 was aimed to convince each of us to look into ourselves.

2015 was a dramatic year for making key choices for Humanity: People around the world realised the need to reinvent how we tackle the major challenges that face us and our planet. This calls for new ways of living and acting.

In the preamble to the COP21 Climate Conference, in Paris, the Summit of Conscience launched the “Why do I care?” campaign. It was an invitation to everyone – leaders, personalities and citizens of all countries of the world and of all faiths – to respond to this question, based on their own conscience and their own story.

Many religions, one message: We have a responsibility to care for Creation! #InterfaithClimate #WCC #EarthToParis https://t.co/FIzMLsJOUV

Thousands of observers from civil society are here to remember the voice of the people, like @Actclimate4all #COP21 pic.twitter.com/Ea4PJIERt3

Delegates from the Ismaili Imamat and Aga Khan Development Network (AKDN) participated in the various deliberations of the 21st Conference of the UN climate change conference (COP21) hosted by the French Government in Paris from November 30 to December 11, 2015. AKDN was represented by Dr. Mahmoud Eboo, AKDN’s Resident Representative to Canada, pictured above and below with the Canadian delegation from the province of British Columbia.

At this meeting, 195 nations rose to the challenge of climate change and united to resolve a universal, legally binding agreement to limit the global warming to 2 degrees Celsius by 2100. 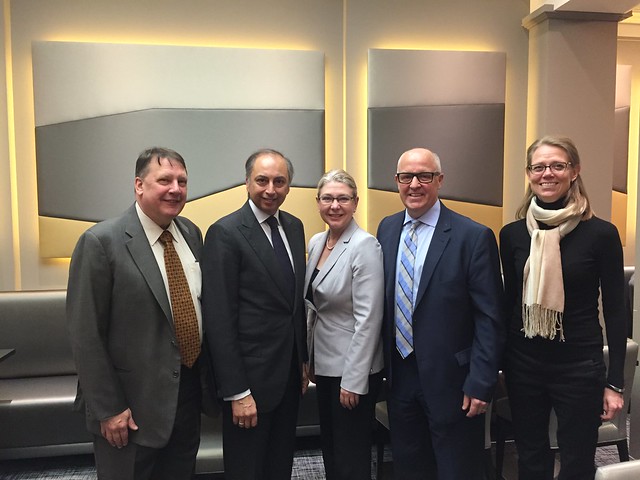 .@CFigueres: "I used to say we must, we can, we will, today we can say we did!" #ParisAgreement #COP21 #GoCOP21 pic.twitter.com/8Y9sqwavvK

From Paris, with love. Specially to Our partner @ARCworld ! #COP21 pic.twitter.com/7riwxMLIx2

Research & Perspective by A. Maherali