After the fall of the Fatimid Empire in 1171, the seat of the Nizari Imamat moved to Persia (modern day Iran) where the Ismailis had succeeded in establishing a state with its headquarters at Alamut. The state of Alamut fell to the Mongols in 1256. Many Ismailis found refuge in Afghanistan, the Oxus basin in Central Asia, China, and the Indian subcontinent where Ismaili settlements had existed since the ninth century.

The Ismaili Imams and the community residing in Persian guised themselves under the mantle of Sufism that was spreading at that time. The advent of Shia rule in fifteenth century Persia led to friendly relations with the Ismaili Imams who eventually were able to continue the da’wa activities openly. Imam Abu’l-Hasan Ali Shah, rose to political prominence in Kirman and was appointed to the governship of the province by the Persian ruler Fath ‘Ali Shah, who also granted him the hereditary title of Aga Khan to Imam Hasan ‘Ali Shah (1804 –1881). He was first Imam to bear the title.

Imam Hasan Ali Shah emigrated from Persia to India in the early 1840s, establishing his headquarters in Bombay (now Mumbai), officially transferring the seat of the Imamat, after seven centuries, from Persia. The Nizari Khojas who had made the hazardous journey to Persia to see the Imam were overjoyed by the establishment of his darkhana, or chief residence, in the Indian subcontinent. Imam attended jama’at-khana on special religious occasions and held a durbar every Saturday when in Bombay. Imam Hasan Ali Shah organized the community through a network of functionaries, mukhi  and kamdia, in every Khoja  jama’at, who also possessed a jama’at-khana.

Imam Hasan Ali Shah died in 1881 and was buried in a specially erected shrine in Hasanabad in Bombay. He was succeeded to the Imamat by his eldest son Aqa Ali Shah. 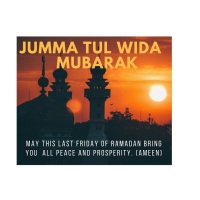