Metropolitan Museum of Art hosts “The Splendor of Islamic Art”

New York — The New York audience watching the Iranian film, Children of Heaven, gasped in unison as 9-year-old Ali fell to the pavement and dropped behind the lead runners’ pack. The young boy wanted with all of his heart to win the third prize in the race, a pair of new sneakers.

Ali needed those sneakers for his sister: he had lost her shoes on the way home from the cobbler. The children kept this a secret from their father, knowing he could not afford to replace the shoes. Cheers erupted in the theater when Ali regained his footing and surged ahead toward the front of the group.

The screening of Children of Heaven, or in Persian, Bacheha-Ye Aseman, took place at the Metropolitan Museum of Art in New York City on October 8as part of the museum’s program “The Splendor of Islamic Art.” The film, in Persian with English subtitles, was the first Iranian film to receive an Academy Award nomination (Best Foreign Language Film, 1998), and won the hearts of several hundred guests at the screening. Majid Majidi wrote and directed the 1997 film.

Following the film, the program focus moved from Iran to Afghanistan — what speaker Jolyon Leslie called “the children of heaven of Kabul.” Leslie, who is from South Africa but has resided in Afghanistan since 1989, is chief executive officer of the Aga Khan Trust for Culture in Afghanistan. Managing restorations of war-damaged historic buildings in both Kabul and Herat, Leslie keeps the interests of Afghanistan’s youth at heart. He calls the young people the “generation of hope,” and says he works so that these children can see the restored relics and develop an understanding of their own history.

Afghanistan’s historical records — its archives and architecture — were ravaged during the Soviet invasion in the 1980s and the civil war of the 1990s. Older people who lived through the events and can tell their stories are among the best remaining sources of history. Leslie recognizes that as this generation dies, it will be up to the young people to continue to tell these stories.

“We need Afghans themselves speaking to their own people,” Leslie said. He said the biggest reward for his labor is “seeing children learn something,” including those who have “grown up to be apprentices” to the master builders conducting the restoration work.

Each project generates numerous jobs for Afghan workers, who do most of the daily restorative work. One such project resulted from the donation of property from an Afghan-American woman living in Washington. The woman owned a public bath, or hamam, in Kabul. Her family encouraged her to sell it. On visiting Kabul and surveying her land, she met Leslie and decided to give the hamam to the Aga Khan Trust for preservation. It is being restored, and, when completed, will be handed over to the Kabul Women’s Council, possibly to become the first “only women’s” hamam, Leslie said.

“The Splendor of Islamic Art” concluded with a crowd-pleasing concert by Afghan musician Homayun Sakhi, recognized as one of the world’s most accomplished players of a stringed instrument called the rubâb. The rubâb comes in many shapes and sizes and is known, sometimes by slightly different names, throughout the Muslim world. Musicians often use the instrument when reciting histories.

Sakhi, who grew up in Kabul but fled with his family to Pakistan to escape the Soviet invasion, now lives in Fremont, California, the American city with the largest population of Afghans. Accompanied by Toryalai Hashimi on the tabla (hand drums), Sakhi delighted the audience with his playing of the short-necked lute. The energetic selection of Afghan folk music, and conversation-like exchange between the rubâb and the tabla, had the audience clapping and whistling, culminating in a standing ovation.

The varied program was a celebration of Islamic culture sponsored by the Aga Khan Trust for Culture. The Trust for Culture is part of the Aga Khan Development Network, a group of private, nondenominational agencies working to improve life for people in the poorest parts of the developing world. The Aga Khan, who leads the network, is the spiritual leader of the Ismaili Muslims. (See related article).

In hosting programs such as the one at the Metropolitan Museum, the Aga Khan Trust for Culture seeks to end what Nasiruddin Jamal, president of the Aga Khan Council for the Northeastern United States, calls a global “clash of ignorance” about Islam and other heritages. The programs allow “nations to become better informed about other cultures and histories,” he said.

Conveying human universalities is one way the Trust in Culture strives to increase understanding of the Islamic world. For example, Children of Heaven may have taken place in Tehran, but the family values and struggles it depicts are known worldwide.

“[The film] shows the humanity in poverty,” said Jamal.

Akbar Poonawala, a New York businessman who has volunteered for the Aga Khan Development Network for 22 years, says the Trust in Culture’s idea is to focus on “the commonalities that bind us rather than the differences that separate us.” These commonalities include valuing education and striving for peace, and using music as a form of expression, all of which are central to the practices of Islam, Poonawala said.

“We can blend into each other quite seamlessly,” he said, if people from different cultures recognize their similarities. “Why shouldn’t it be that way?” he asked.

(The Washington File is a product of the Bureau of International Information Programs, U.S. Department of State. Web site: http://usinfo.state.gov) 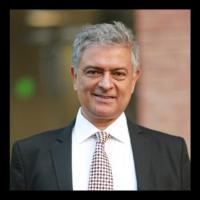 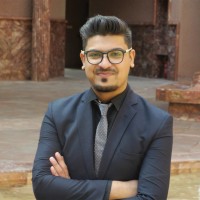