JollyGul.com “Must watch, must listen” recommendations of devotional music produced by our community members as well as what is created in the wider Muslim world are out for February 2020.

Man Kunto Maula is a Sufi qawwali composed by Amir Khusrau in the praise of Imam Ali. It is based on the hadith of Prophet Muhammad – Man Kunto Maula, Fa haza Ali-un Maula (Whomever I am Master to, Ali is his Master too).

Amir Khusrau (1253-1325) was a Sufi musician, poet and scholar from India. He was an iconic figure in the cultural history of the Indian subcontinent. He wrote poetry primarily in Persian. Khusrau is regarded as the “father of qawwali” (a devotional music form of the Sufis in the Indian subcontinent), and introduced the ghazal style of song into India, both of which still exist widely in India and Pakistan.

Abi Sampa (the singer) has been passionate about music, learning to play the saxophone and veena since she was only 8 years old. Abi is UK based and is a dentist by training. She regularly features on the BBC’s Asian Network.

Raef Haggag is a successful American Muslim singer and guitarist born in Washington DC and raised in Maryland. His genre are rock, acoustic and folk music.

This is a patriotic song about how America’s diverse communities made it a great nation. Join Raef as he walks through a tapestry of history, meeting immigrants of all stripes that built America. The Italian fishermen, Native American farmers, Chinese rail-workers, Mexican Vaqueros, African Slaves, Jewish filmmakers, Irish authors, Japanese-American soldiers, Arab auto-workers, and many more are celebrated in this video – a song about the uniqueness of the American story. 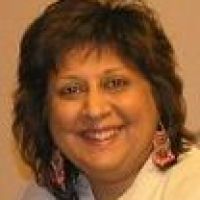