“Memoirs of a Muhindi-Fleeing East Africa for the West”

A Journey through time and space to a new life

According to the Czechoslovakian prize-winning novelist and writer, Milan Kundera, “the struggle of man against power is the struggle of memory against forgetting”. Mansoor Ladha’s eminently readable “Memoirs of a Muhindi-Fleeing East Africa for the West” (University of Regina Press, Saskatchewan, 2017) helps us not to forget a very critical time in the post-colonial history of East Africa when the Asians, in political scientist Yash Tandon’s words, experienced being the “stepchildren of the colonial empire” and, as such, found themselves being pawns in a new great game that was being played out in the shadow of the Cold War that was then raging in the world and in which Africa, like other parts of the Third World, was fully implicated.

Ladha captures a number of realities which, by virtue of his being a practicing journalist in Dar es Salaam in the 1960s, gave him a special insight. It must be remembered that “Dar” as it was affectionately known then, was the epicenter of Third World thinking with leading political scientists, writers and activists such as Walter Rodney, Ruth First, Yoweri Museveni, and Che Guevarra frequenting its coffee shops and lecturing to young African minds at the fledgling university situated on its seafront.

While Ladha’s memoirs gives a fascinating account of an enclosed world and the role of his family in it, unfortunately, this is at the cost of showing us the wider society of Dar. He would have been eminently qualified to comment. Neither do his memoirs comment at any length on Nyerere’s vision of a Pan Africanist dream which provided the ideological inspiration for freedom movements in the rest of Africa which he supported whole heartedly. While such omissions are noticeable, it has to be kept in mind that this may not have been an oversight on his part, as publishers today, preoccupied with a bottom-line thinking, look only at what they consider will be interesting to present- day readership and may not have found that dimension of any consequence. Such dimension to me would have provided a good backdrop for the reader to understand why Nyerere’s ideology of socialism did not really work in post independence Tanzania as it did not work anywhere else in Africa. This may have been due to a new class of elites having stepped into the shoes of the colonial overlords assuming the role of what the political philosopher, Franz Fanon, referred to as “Black skins in White Masks”. The Indian predicament in Africa becomes better understood in that context when one keeps in mind that following political independence, It became fashionable to scapegoat a relatively vulnerable minority with perceived wealth in its hands as blocking the aspirations of the average person in the street to assert their economic rights promised by independence. This situation affected Indians not only in Tanzania, but also Kenya, Uganda, Malawi, the Democratic Republic of Congo and Madagascar. It could still affect them in South Africa someday. 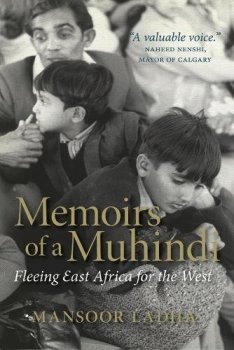 Ladha, however, does capture the authentic voice of the Indian family in a relatively rural setting in Colonial Tanganyika which he relates without the fear “that tomorrow they will come and put us in jail”. He does this with honesty and candor describing the social networks that were available to Indians through their communal institutions, while “The Africans or the Blacks lived in Third World conditions in mud and thatched houses with poor sanitation and hardly any plumbing”. To a discerning reader, this would show one major deterrent to any meaningful post-colonial social mixing taking place across the racial barrier. It also helps to explain why socialism may have had immediate attraction with the masses and why the expropriation of Indian properties was something not many found abhorrent and turned a blind eye to. Ladha, however, makes the point that younger Indians came to realize that they may not have treated the Africans “fairly or as equals” and that “this awakening came especially among the younger, progressive ,and educated Asians, who tried to improve the situation in their own little ways”. I am not sure the colonial situation of racial stratification and the post colonial endeavor to dismantle the structures was that simple, because change cannot be imposed from above as a preordained edict. It always needs to evolve. Evolution has its own unforeseen consequences. Furthermore, economic opportunities have a major role to play in this process.

Tanzanians of Indian descent, more than their counterparts in other countries of East Africa, showed their nationalist fervor and threw in their lot with Nyerere’s philosophy of Ujamaa and collectivization. It was an ideal many(including the author) bought into and hence the degree of pain and disappointment when the system did not lead to greater meritocracy but unfortunately reverse discrimination and in fact, expropriation of their properties earned through hard work in the subsistence areas of the country. Ladha describes this feeling in poignant terms “ We felt alienated, our citizenship was downgraded, our possessions were taken over, and our sense of our right to belong was very much questioned” To this extent, Ladha’s sentiments would find resonance with millions of Asians living in different parts of the world including the Rohingyas in Myanmar- the most recent casualty of the “stepchildren” syndrome.

From an anthropological point of view, the book provides a good insight into life in Lindi, a small town in Tanganyika in colonial times, highlighting the benefits of colonial education which, though imparted in racially segregated schools, gave students the hope to aspire for an English education. Ladha then describes life at the University of Dar es salaam but largely from the perspective of student politics vis a vis government authorities and government authoritarianism. To his credit, Ladha does this with objectivity and balance showing that President Nyerere, though often accused of being misguided, could not be accused of insincerity.

Ladha then touches on his life as a journalist in independent Kenya which itself was not free from some of the problems faced by journalists in Tanzania though Ladha does not speak of such problems. He also mentions the Ugandan expulsion which gave rise to a psychosis of fear which made Indians from throughout East Africa rethink their future. Here, he gives us a good insight on how the average Indian family planned for the exigencies of tomorrow and made their way to new countries.

It is here that family connections, coupled with sound education saw the Indians in good stead though just having a degree was not of itself a guarantee that one would acquire the right to live in another country. Many of us born and brought up in colonial Africa, educated in Britain and settled in places like Canada and Australia, have experienced the trauma of having to requalify after starting again at the bottom of the ladder.

While Ladha’s fascinating book does not tell us much that is new, what it does do is show one dimension of immigrant contribution that is often overlooked and indeed not much pondered by our own next generation and that is the struggle of resettlement in new countries. Perhaps, this is an example where memory has failed to support a better understanding of identity based on a past struggle for the assertion of one’s basic human rights. In his case, it meant starting from the bottom, taking a job wherever he was able to find it, ensuring he got food onto the table and overall, making sure his children gained good education. Often just arriving into a new country is seen as the end of the battle. What few people realize is that arrival is just the beginning and as families settle into a new country they encounter new problems – problems of living, problems of racism, problems of identity and, in some cases, problems of existence. Indians in Canada, like Indian immigrants elsewhere, were able to use their skills and reinvigorate dying industries and enterprises and give them a new lease of life. In the process, they served rural communities as they once did in Africa. In places like the UK, Indians reinvigorated the small shops and gave them a new lease of life until the big chains, which were originally reluctant to provide this service, were ready to take on the role. In the process, the Indians managed to educate their children who became bankers, lawyers, doctors, pharmacists and economists working for multinationals and refused to work in the little “dukahs “ their parents took over in coming to the West. In the case of the reinvigorated enterprises, Ladha’s own experience attests to the role he played which is no different from the role played by many immigrants who have settled in the West. In addition, he demonstrated how in a small town in Alberta, through perseverance and courage, he was able to overcome the scourge of bigotry and racism and how good journalism can prevail even in rural communities through a principled approach. His contribution to this whole process is best described in his own words:

‘After 25 years in Morinville, we received an offer… we could’nt refuse…I had come to believe that the papers [Morinville Mirror and Redwater Tribune] needed the economic muscle of a chain to take them to the next level of growth and advancement, and that the weekly newspaper industry had reached a stage where it was going to be difficult, if not impossible, for independent publishers like myself to operate. Anaar and I accepted the offer”.

Ladha’s book is riveting reading. I could not put it down! Despite these “shortcomings” it gave me a first-hand background to life in post-colonial Tanzania by one who had lived through the experience and stood for his principles. What is more interesting is his long journey to assert the ideals that independence in Africa had promised and that only came with hard work and struggle in Canada where Ladha, like millions of refugees before him, decided to toil and labor so that his children would have a better future and contribute to a pluralistic society as full-fledged citizens.

Mohamed Keshavjee is an internationally renowned specialist on cross cultural mediation who is an author of three books, Two of his books are based on the Indians in Africa. He was the 2016 recipient of the Gandhi, King Ikeda Peace Award for his work in the field of Peace and Human Rights education. 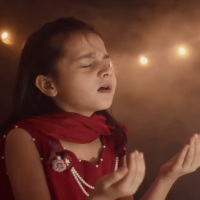 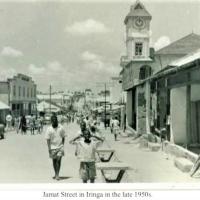 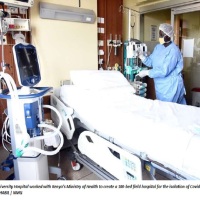 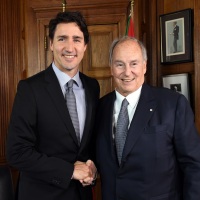 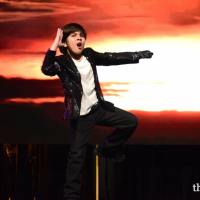 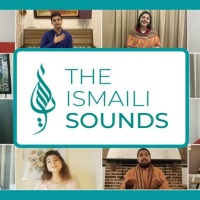 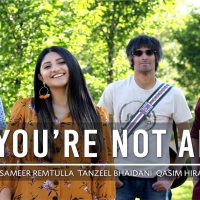 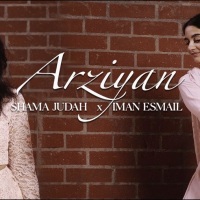 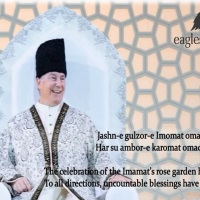