“Your Highness, thank you so much.

My friend, the Aga Khan, I am deeply appreciative for our friendship and for your efforts for peace around the world.”

– John Kerry, US Secretary of State

Saturday, December 10, 2016,  at the Quai d’Orsay, the French Foreign Ministry in Paris, France.

In accepting the honor, Secretary of State Kerry was deeply appreciative of the relationships between France and the US and in his introductory remarks gave tribute to His Highness for his efforts for peace around the world.

French Foreign Minister Ayrault paid tribute to the “sincerity” of Kerry’s political and diplomatic engagement, citing his contributions as secretary of state to the historic 2015 climate change agreement, the Iran nuclear deal and the struggle to bring the war in Syria to an end. 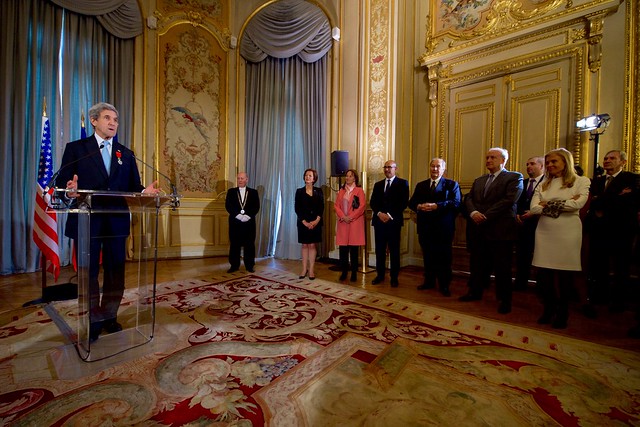 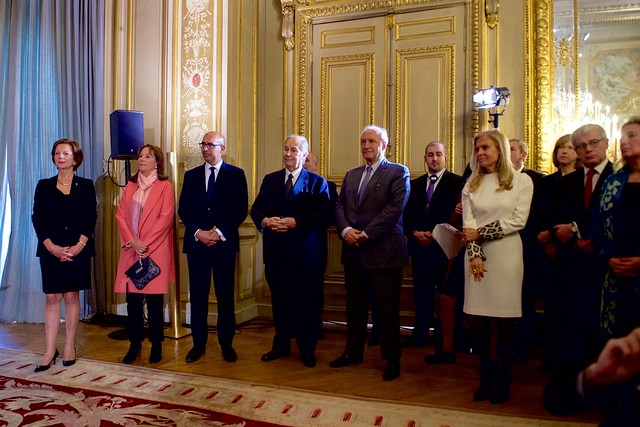 Discover, Explore and Learn more via

Investiture of the Légion d’honneur on the Aga Khan Family

About the Légion d’honneur

The Légion d’honneur (Legion of Honour) or Ordre national de la Légion d’honneur (National Order of the Legion of Honour), is the highest French order for military and civil merits, established in 1802 by Napoléon Bonaparte. This world-renowned Order is the highest decoration in France and is divided into five degrees of increasing distinction: Chevalier (Knight), Officier (Officer), Commandeur (Commander), Grand Officier (Grand Officer) and Grand-Croix (Grand Cross).

For two centuries, it has been presented on behalf of the Head of State to reward the most deserving citizens in all fields of activity.

The order’s motto is Honneur et Patrie (Honour and Fatherland) and its seat is the Palais de la Légion d’honneur next to the Musée d’Orsay, on the left bank of the River Seine in Paris.

The Legion of Honour has 93,000 members. Every year some 3,000 people are inducted, one-third in a military capacity, two-thirds as civilians.

Some 400 foreigners are awarded this honour every year but, unlike French nationals, they are not members of the Legion of Honour.

Deeply humbled to be recognized in such a profound way by the people of France and to be honored by my friend @jeanmarcayrault. pic.twitter.com/tASG19qQn0

We must continue to strive for a ceasefire, delivery of aid & safe passage for those who want to leave Syria.

US Secretary of State John Kerry’s Statement on Attack in Karachi, Pakistan

His Highness Prince Karim Aga Khan at 80: A portrait of service to humanity – a man who is perhaps the only person in the world to whom everyone listens