As a native of Burkina Faso, Diébédo Francis Kéré grew up with many challenges and few resources. When he was a child, he travelled nearly 40 kilometers to the next village in order to attend a school with poor lighting and ventilation. Fast forward to 2001, his community Primary School project involving the village of Gando was completed and it became a landmark of community pride and received the Aga Khan Award for Architecture (AKAA) in 2004. In 2009 , Kéré was awarded the Global Award for Sustainable Architecture.

Changing Skyline: What western architects can learn from Africa

Francis Kéré had to travel long and far from his tiny farming village in Burkina Faso, an African nation that skirts the edge of the Sahara, before he ended up with a show at the Philadelphia Museum of Art. As a boy of 7, he was sent away to a larger town to attend school. Later, he made his way to Germany to study architecture. In 2001, he took his design skills back to his village and fashioned a modern school out of handmade mud bricks. The project, which involved the whole village, ended up winning the prestigious Aga Khan Award for Architecture (AKAA) in 2004.

That one-story structure may look like a simple little schoolhouse – albeit one with a rakishly tilted metal roof – but its impact has reverberated around the globe, adding momentum to a movement known as public-interest architecture. Initially focused on the needs of impoverished, Third World societies, Kéré’s design approach is now inspiring First World architects eager to tackle similar problems of sustainability and equity.

Kéré, now 51, was still a student at the Technical University of Berlin when he made the connection between environmental sustainability and economic sustainability. Burkina Faso, one of the world’s poorest countries, was spending huge sums to import Western-made construction materials, even as its citizens struggled to scrape together a meager living. He decided his thesis project – building a school for his hometown, Gando – would use only local labor and local materials. The project, which involved the whole village, ended up winning the ninth award cycle of the prestigious Aga Khan Award for Architecture.

So, although it’s hard to imagine this approach making the leap to large-scale construction projects, public-interest architects can still leave their mark on communities. When Kéré was growing up, he was the only child in his village to get an education. Today, his school in Gando accommodates 900 students.

Read the complete story at Philly.com – The Inquirer – Daily News| Changing Skyline: What western architects can learn from Africa

The rise and relevance of public interest architecture. My column: https://t.co/c2ZLwXi8nZ pic.twitter.com/y0YoFeaV13

Watch this heart warming account of his work … From Ted Talks

In his own words …

“When I was a kid going to school, I was coming back every holiday to Gando. By the end of every holidays, I had to say goodbye to the community, going from one compound to another one.

All women in Gando [would untie money from the end of their garments] like that and give me the last penny. In my culture, this is a symbol of deep affection.

As a seven-year-old guy, I was impressed.

I just asked my mother one day, “Why do all these women love me so much?”

She just answered, “They are contributing to pay for your education hoping that you will be successful and one day come back and help improve the quality of life of the community.”

I hope now that I was able to make my community proud through this work, and I hope I was able to prove to you the power of community, and to show you that architecture can be inspiring for communities to shape their own future.”

Discover, Explore and learn more via:

An alternative building system that provides space for education and cultural programmes in Africa’s coastal regions.

Some 80,000 people reside in Makoko, in a stilt settlement south of Lagos, built over water, served by only one English-speaking primary school on reclaimed land susceptible to flooding.

The Floating School is a prototype structure whose main aim is to generate an alternative building system and urban culture for the populations of Africa’s coastal regions. 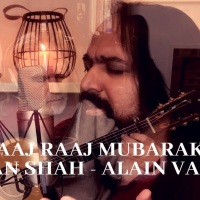 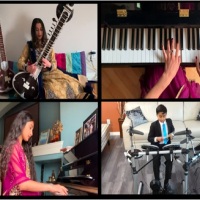 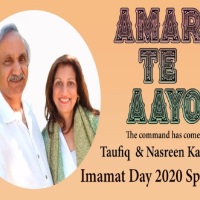 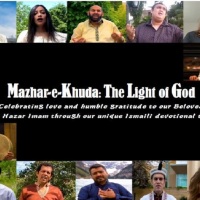