Excerpt from the source:

The spiritual leader of the Shia Ismaili Muslims, the Aga Khan, who has been a strong partner with Britain in many projects of global urgency, has also spoken profoundly and eloquently on why pluralism is fundamental to world peace and prosperity for all of us, no matter what our faith community or our home.

Nearly a year after the shock and horror of the September 11th attacks, he told an audience in Amsterdam that: “the strengthening of institutions supporting pluralism is as critical for the welfare and progress of human society as are poverty alleviation and confl ict prevention. In fact the three are intimately related.”

He then went on to make the critical link to education: “The problem,” he said, “is that large segments of all societies—in the developing and the developed world—are unaware of the wealth of global cultural resources, and therefore of the need to preserve the precious value of pluralism in their own and in other’s societies.”

Because we often do not perceive that cultural pluralism is a critical element of well being, he said, we may fail to realize that the world’s cultural heritage is a public good, its preservation just as crucial as sustaining the natural environment.

Complete at the source 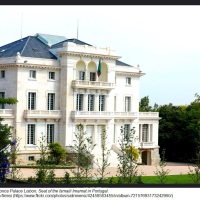