Ginans are a vast collection of several hundred poetic compositions which have been a central part of the religious life of the Nizari Ismaili community of the Indian subcontinent that today resides in many countries around the world. Derived from the Sanskrit jnana, meaning contemplative knowledge, Ginans were authored by Ismaili Pirs, who came to the Indian subcontinent as early as the eleventh century to teach the message of Revelation to non-Arabic speaking people.

Through the poetic medium of Ginans composed in several Indic languages, Pirs provided guidance on a variety of doctrinal, ethical, and mystical themes for the community while also serving to explain the inner (batin) meaning of the Qur’an to the external (zahir) aspects.

The themes of Ginans are diverse ranging from laments of the soul as it proceeds on a spiritual quest, to ethical precepts concerning proper business practice. A Ginan may contain more than one theme that are blended together; however, the corpus comprises some major motifs. A number of Ginans were composed to commemorate specific occasions such as the birth of Prophet Muhammad.

Dear brothers, the doors to the seven heavens were opened
on the day Prophet Muhammed was born.

Prophet Muhammad came to the world
Because of him the moonlit path has been found.
(tr Shafique N. Virani)

There are showers of Noor where Nabi walks,
and believers have his protection over them,
and that light will envelope the heads(minds) of devotees
many angels will prevail (over their heads-minds) and consequently the devotees will be intelligent.
(tr. M & Z Kamaluddin)

The Ginan Unch thi aayo by Pir Shams is a lament of the soul’s fate in the material world, and a plea for the intercession of Prophet Muhammad:

Pir Sadr al-Din also explains in his composition Yara Shafayat Muhammad that Prophet will intercede on the Day of Judgement and the believer will earn an abode in Heaven:

Annemarie Schimel notes:
“Since the name is part, and a very important part indeed, of a thing or person, it carries baraka, blessing power, with it, and when someone is endowed with special power or occupies a particularly lofty rank, his name too can work in a mysterious way on people who are given the same name … ” (And Muhammad is His Messenger p 117).

Yunus Emre’s invocation written ca. 1300 says:
“Please pray for us on Doomsday –
Your name is beautiful, you are beautiful, Muhammad!…”
(Schimmel, And Muhammad is His Messenger, p 117)

Nimira is an invited writer at Ismailimail, although she has contributed several articles in the past (view previous articles). She also has her own blog – Nimirasblog – where she writes short articles on Ismaili history and Muslim civilisations. When not researching and writing, Nimira volunteers at a shelter for those experiencing homelessness, and at a women’s shelter. She can be reached at nimirasblog@gmail.com. 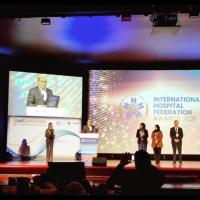 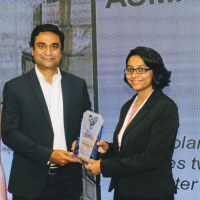