Abu Hamid al-Ghazal, one of the most influential Sunni Muslim theologians and mystics, was famous for his intellectual attacks on the Ismailis. But the latest research indicates that Ghazali actually adopted a number of Ismaili doctrines and theological positions as his own. This newly published article argues that one of al-Ghazali’s sources for Ismaili thought was the Ismaili philosopher and hujjat, Nasir-i Khusraw, from whom Ghazali derived his higher theology and cosmology. 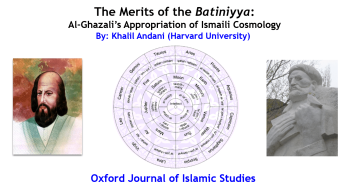 This paper discusses the question of an Ismaʿili influence within the cosmology of al-Ghazālī and argues that al-Ghazālī appropriated certain features of the Ismaʿili cosmology from the Persian Ismaʿili thought of Nāṣir-i Khusraw (d. ca. 481/1088). After introducing Nāṣir-i Khusraw and his Ismaʿili Neoplatonic cosmology, the paper first examines some of the Ismaʿili doctrinal material presented in al-Ghazālī’s anti-Ismaʿili polemical work Faḍāʾiḥ al-bāṭiniyya—concerning cosmology, revelation, and taʾwīl—and traces this content back to Nāṣir-i Khusraw’s works, arguing that Nāṣir-i Khusraw was one of the sources for al-Ghazālī’s knowledge of Ismaʿili doctrines. Secondly, the paper highlights a number of commonalities and shared terminology between the cosmology, epistemology, and doctrine of prophecy in al-Ghazālī’s Mishkāt al-anwār (‘The Niche of Lights’) and the Ismaʿili doctrines of Nāṣir-i Khusraw, revealing how the two thinkers understand the cosmos as containing precisely ‘two worlds’, emphasize the correspondence (muwāzana) between the spiritual and physical realms, and conceive the faculty of prophecy as a higher supra-intellectual spirit (rūḥ) or ‘eye’ of perception. Thirdly, the paper revisits the scholarly debate concerning al-Ghazālī’s higher theology and cosmology in the Veils section of the Mishkāt. It demonstrates that al-Ghazālī’s worldview, which places the transcendent God above the First Mover of the Aristotelians and the Necessary Existent of the falāsifa using the Qurʾānic symbolism of Moon and Sun worship, has been appropriated from Nāṣir-i Khusraw’s Ismaʿili Neoplatonic cosmology.

Khalil Andani is a SSHRC Fellow and doctoral (Ph.D) candidate in Islamic studies at Harvard University focusing on Islamic theology, philosophy, and intellectual history and holds a Master of Theological Studies degree (MTS 2014) from Harvard Divinity School. His publications include a forthcoming article about the Ismaili influence on al-Ghazali’s cosmology in the Oxford Journal of Islamic Studies, two peer reviewed articles on the Survey of Ismaili Studies in Religion Compass, a chapter on Nasir-i Khusraw’s Ismaili philosophy in the The Oxford Handbook of Islamic Philosophy, and two articles comparing Ismaili cosmology and the Christian metaphysics of Meister Eckhart in Sacred Web. Khalil is also a Chartered Professional Accountant (CA-CPA) and has completed Bachelor of Mathematics (BMath) and Master of Accounting degrees at the University of Waterloo (2008). 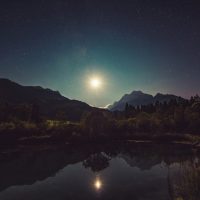 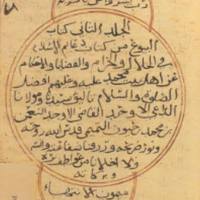 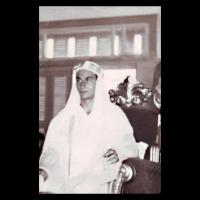